The air was oppressive, clinging like a hot, damp blanket draped across the heartland of the United States. Despite a cooling rain the previous night and a thick blanket of clouds through the morning, midday sunshine pushed temperatures past 90 degrees by early afternoon in northwest Iowa. After a warm and dry beginning to the summer, rain was a welcome sight for the many farmers who wrested a living from the fertile prairie soil. As towering thunderheads began to burst into the muggy afternoon skies, however, concern began to grow. A stiff breeze picked up, blowing from the south and east with enough force to rustle trees and hold flags at attention. This, long-time residents knew, was cyclone weather.

END_OF_DOCUMENT_TOKEN_TO_BE_REPLACED

Across the upper Midwestern United States, March of 1965 was cold, snowy and miserable. The month began with blizzard conditions across the region on March 2, bringing heavy snow and a biting 50mph wind. Another, more significant blizzard would follow on St. Patrick’s Day, March 17. Several feet of snow buried the region, while 60mph winds whipped the landscape and blew the powdery snow into vast drifts tall enough to bury cars along the streets. In many locations, 1965 ranked among the top-20 coldest and snowiest Marches on record. A respite would not come until the first week of April, when a surge of warm air brought unseasonable warmth and temperatures into the low 70s. The warmth would not last long, however, as another arctic air mass settled over the region on the 8th with temperatures slipping back to the 30s and 40s. 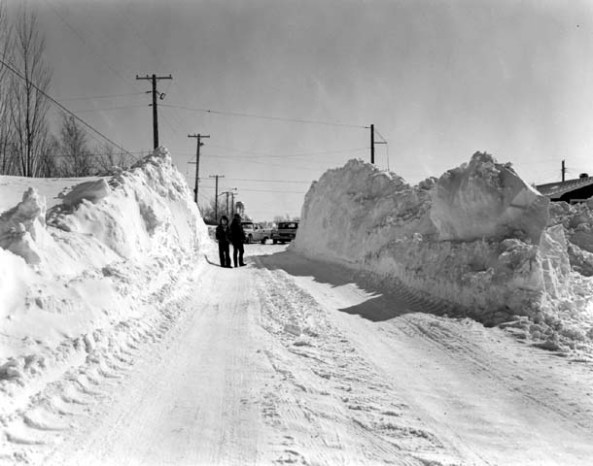 By Palm Sunday weekend a weak low pressure system was edging toward the area, drawing in warm, humid air from the Gulf Coast and pulling a mass of cold and extremely dry air behind it. A 25-knot southerly low-level jet combined with stretches of clear skies and sunshine to rocket temperatures into the mid-70s across the warm sector. With widespread dewpoints in the 60s, residents throughout the region headed outside to enjoy the first beautiful spring day of the year. In some areas, the heat grew to become oppressive. In the words of retired police chief Warren Hale of Milan, Michigan; “The day was so warm and wonderful. The family and I decided go on a picnic in the Irish Hills, because it was too stifling in the house. The heat and humidity drove us crazy so we had to just get away from it all.”

Unknown to all outside the meteorological community, a nearly unprecedented atmospheric setup was approaching from the west-southwest.